Key Signs of Wear: What to look for.

All wood shake roofs will have some degree of deterioration. Below are a few examples of how ARCO Roofing Solutions identifies the signs of wear on a shake roof. Homeowners can also use the information below to decide if they should contact ARCO for an inspection.
Call for a Free Inspection 403-475-2704

‘Ridge cap’ are the pieces that run along the peaks of the roof. The ridge cap is the starting point of the shake roofing system, and it is important to make sure that these pieces are in good condition and properly secured.
Below are a few common signs of wear as related to the ridge cap.
Missing pieces of ridge cap are the most obvious sign that repair work is immediately required to this area. Once the nails and staples are no longer fastening the ridge cap to the roof, it is just a matter of time before a gust of wind comes along, causing pieces to blow away and go missing. In some instances, the original installation did not come with felt paper underneath the ridge cap. This can be problematic, as there is no secondary barrier to water entry, which leaves the peak of the roof exposed to the elements. Roof peaks occur where two sides of the roof sheathing join, and this plywood joint creates a small trough (shaped like a letter ‘v’) where water can easily flow and potentially cause a leak. Therefore, missing pieces of ridge cap are a clear sign that a leak is either already present or will soon appear. This type of wear requires immediate repair and is considered an urgent concern. 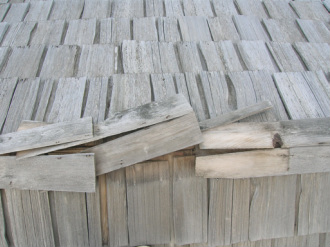 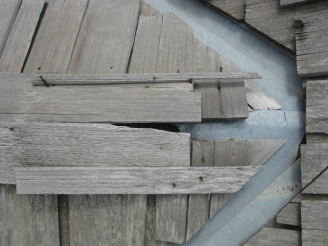 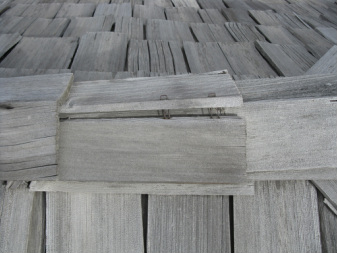 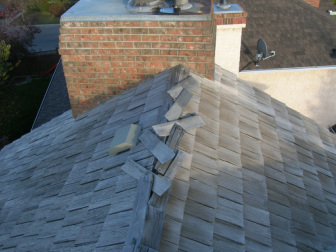 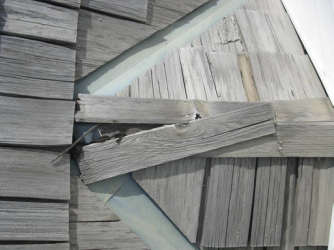 The ridge cap pieces are made right at the lumber mill from two specially cut shakes. These shakes are stapled together at angles so that they naturally fit over the peaks of the roof. Over time, expansion and contraction cause these staples to loosen. When these staples are no longer holding the pieces together, even a gust of wind can cause the ridge cap to come loose, separate or spin out of place. Left unaddressed, the pieces could go missing altogether, which exposes the piece and/or the felt paper underneath to the elements. 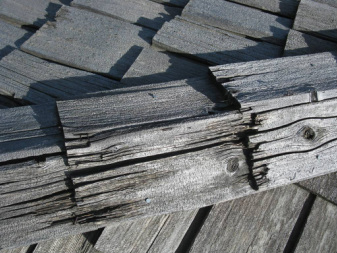 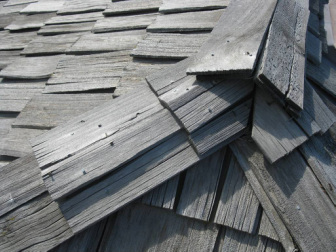 Sometimes, the ridge cap itself will slowly deteriorate from exposure to the elements. Some pieces will crack and split, and others will slowly begin to weather away. While this type of wear is not typically a direct cause of leaks, it is important to replace these pieces as preventative maintenance, especially where the split also lines up with another gap/split in the piece(s) underneath. 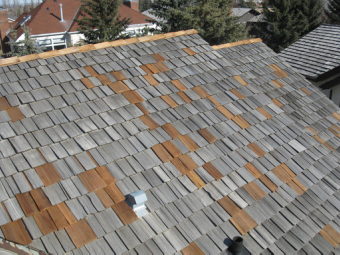 Wood Shakes cover the felt paper, which covers the plywood sheathing on the roof. It is the felt paper that keeps the water out of the house, and the shakes are meant to take the abuse from the elements. The shakes also allow the water to flow off the roof in a uniform fashion because of the staggered joints between the shakes. When the wood shakes deteriorate, the chances of future problems increase. By repairing and maintaining these problem shakes, you can avoid significant issues in the future. 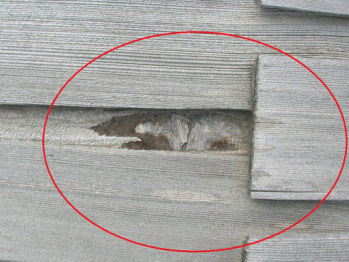 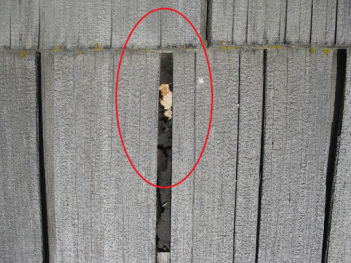 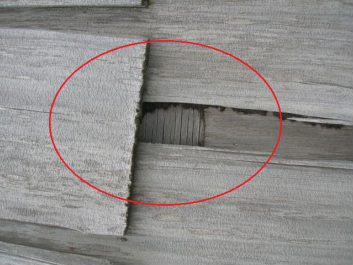 When the plywood sheathing becomes exposed, repair work should be done as soon as possible. At this stage of deterioration, both the shakes and the felt paper have worn through, allowing small amounts of water to travel underneath the roofing system. In this scenario, ARCO removes the surrounding shakes and inserts a new piece of felt paper with proper overlap. 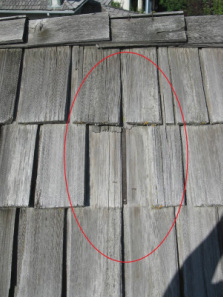 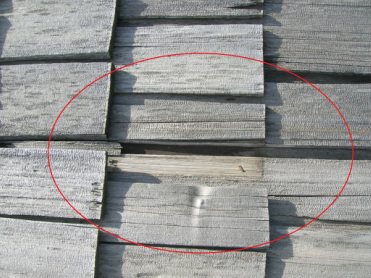 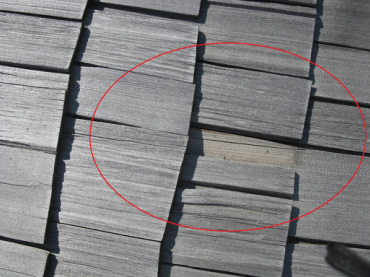 These two concerns can eventually lead to leaks, but can be prevented simply by replacing the missing shakes and protecting the felt paper. 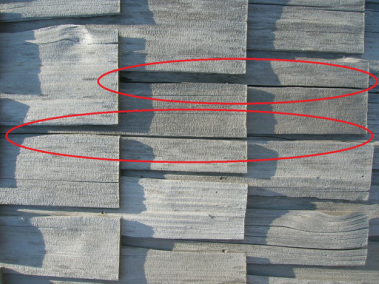 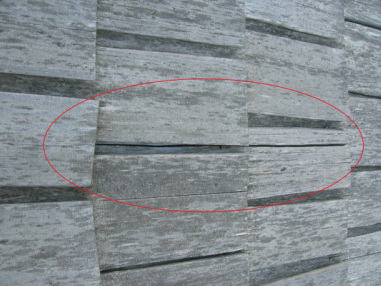 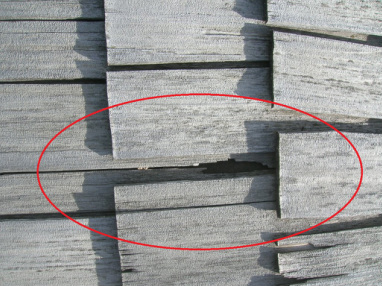 It is completely normal for shakes to split and crack as they weather. However, when two or more splits line up, there are usually 3 things that happen.